People like to go fast and film themselves doing so. Modern technology offers a variety of ways to both go faster than ever before and record that speed for posterity. But for something to look fast on video, there needs to be a frame of reference for the viewer — something to hurtle past or whoosh by — and maybe even a hint of danger. Here are a selection of videos of people doing just that: traveling at high speeds in cars, on train tracks, through the air, and down mountains in close proximity to traffic, large rocks, and thin atmospheres. Most of these videos are filmed from a first-person perspective so that when you watch them, you can imagine that you’re the one zooming along.

In 1976, Claude Lelouch mounted a camera on the front of his Mercedes-Benz 450SEL 6.9 and drove through the streets of Paris — running red lights, jumping curbs and possibly reaching speeds upwards of 120 mph — before reaching his date near the Sacré Coeur. The result is the film C’était un rendez-vous, 8 uncut minutes of insane urban driving.

The lads at Top Gear took the Bugatti Veyron to its top speed of 253 mph on a test track. The test driver seems to have had what I would term a religious experience at the top speed.

240 mph on a Suzuki Hayabusa motorcycle. Oh, and he does a wheelie from 70 to 140 mph. (Note: Wikipedia says the bike has an „electronically restricted“ top speed of 188 mph. Either the owner a) removed the restriction, or b) tweaked the speedometer to display higher than normal speeds.)

A camera mounted on the external tank records the launch of the Space Shuttle Atlantis in May 2009. There’s not a lot to whoosh past here, but at an eventual 18,000 mph, the pace at which the Shuttle leaves the Earth behind is astounding.

While skydiving, both of Michael Holmes‘ chutes failed as his helmet camera recorded his crash landing into some thick bushes. (He lived.)

Footage of Alex Roy and David Maher on the road as they sped across the entire United States in just over 32 hours, an unofficial world record. There is a book and a blog of the experience.

Passenger seat and road-side views of a Lamborghini Murcielago doing 219 mph on the 202 freeway in Mesa, Arizona.

Read more posts on kottke.org about:

Some of this is truly sick… 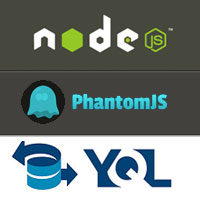 This diploma thesis provides a comprehensive survey on the myriads of different concepts and techniques of concurrency inside web architectures. It incorporates research publications, hands-on reports and also regards popular programming languages, frameworks and databases. We devise an architectural model for scalable web architectures and provide separate concurrency analyses of three main components: web servers, application servers and storage backends. We examine the relations between concurrency, scalability and distributed systems and dare an outlook on the near future.

Some true geek stuff 😉 But definitely worth a read…

I’m not sure this will make it from Reddit to the movie screen, but one intrepid gamer has been playing Civilization II off and on for 10 years. Lycerius’s posted some pictures that illustrate a „hellish nightmare of suffering and devastation“ indeed. A sub-Reddit has been created complete with logo, Zuck is into it, and if you’re feeling lucky, punk, you can download the game as it stands and try your hand at ending the Eternal War.

The only governments left are two theocracies and myself, a communist state. I wanted to stay a democracy, but the Senate would always over-rule me when I wanted to declare war before the Vikings did. This would delay my attack and render my turn and often my plans useless. And of course the Vikings would then break the cease fire like clockwork the very next turn. Something I also miss in later civ games is a little internal politics. Anyway, I was forced to do away with democracy roughly a thousand years ago because it was endangering my empire. But of course the people hate me now and every few years since then, there are massive guerrilla (late game barbarians) uprisings in the heart of my empire that I have to deal with which saps resources from the war effort.

Actually, I changed my mind. I bet this does get turned into a movie. (via @zittrain / ★adamkuban)

Read more posts on kottke.org about:

I hope this is not the future of our planet…

Stop sucking and be awesome instead! Fun to flip through with a lot of very good points…